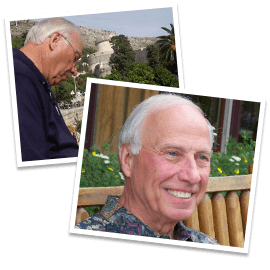 Richard Schilling was born in Lincoln and graduated from the University of  Nebraska, It was at that university, many years before, that he received his first instruction in watercolor. “As a kid I was invited to take painting lessons on Saturday mornings in the university’s art department. The seeds were planted, and in time, others pruned and groomed me into an artist.”

Schilling worked ten years as a part time, dental officer on Holland America Cruise ships. He also serves as a short-term dental volunteer in developing countries. These experiences have provided unlimited opportunities for him to paint the local scene. Over the years, he has filled many sketchbooks with watercolor paintings. Two hundred paintings were selected from an inventory of 500 watercolors for his book, Watercolor Journeys, published by North Light Books, Cincinnati. He shares his joy of painting with others in watercolor workshops.

Schilling was an Artist-in-Resident at Isle Royale National Park in 1996 and his painting of the Edisen Fishery was named one of the Top One-Hundred paintings by the National Academy of the Arts for the Parks for their national traveling exhibition in 1997-1998. In 2004, his painting, The Amazing Silversword, was accepted into the prestigous Top One-Hundred by the Academy. He has been chosen Artist-in-Residence at Mesa Verde National Park for 2006.

I am in the studio painting again after another action-packed year of travel and exhibitions. A volunteer mission to the Amazon provided many opportunities for watercolor sketches after clinic hours. A visit to Switzerland also filled another sketchbook.

Richard is an artist who depicts natural landscapes and monuments from across the world in an interpretive manner. One of Richard’s passions is to inspire and help others expanded their own horizons through his inspirational watercolor books and captivating paints. You are invited to visit the Gift Shop containing his art, books, and unique silver jewelry.